Welcome back to Photo Friday! Maybe I'll actually keep it going this time! No promises.

The photo friday word for this week was "landscapes". It just so happens that at the end of last year I was in Breckenridge for a class during the beginning of October. This class was for stream restoration and was filled with mostly guys. I was one of 4 women registered and by the second day one of 3 in attendance. I was also one of the few people that had been to Breckenridge in the past and I knew about all the amazing hiking to be had in that great town. So by the end of the first week I had no less than 4 guys who were eager to prove they could hike in the Rockies. I almost took them up Quandary Peak (a 14er) but we'd just gotten a few inches of snow and I knew Quandary would be too dangerous and too long but most of all way way too cold. It was pretty easy to convince the guys to abandon the idea of summating their first (and maybe only) 14er when I showed them a picture from the Mohawk Lakes that I'd taken 3 years ago. 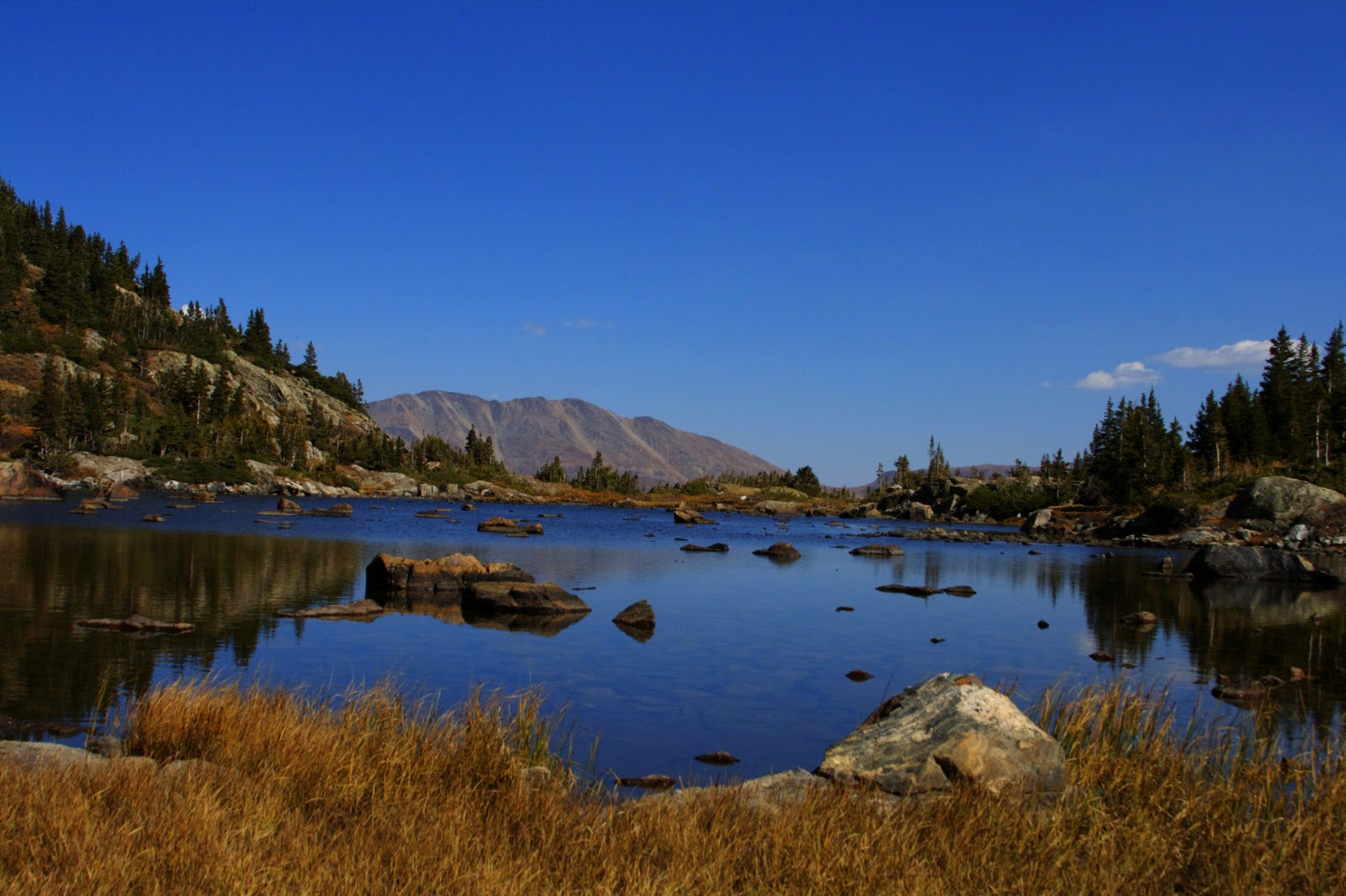 That beautiful lake sealed the deal and on Sunday morning the 5 of us set out to Mohawk Lakes.

It was really fun being the one who knew what was coming next and knowing how amazed they'd all be. There's really nothing like an alpine lake. To see a body of water that high up and surrounded by a bowl of mountains...it's breathtaking. Literally and figuratively.

After reaching the lower Mohawk Lake (pictured above) we did what any rational person would do...we abandoned the trail and scaled the mountain in search of the upper lake. In hindsight that wasn't the best idea but it did bring us to this lake.

This is not what the map considered the upper lake. It was actually higher than what is known as the upper lake. This body of water was completely frozen and oh my god was it cold up there. There's something about that picture that speaks to my soul though. The scale of things....like how those mountain tops look to be only a couple hundred feet away but were almost a mile.

I love Breckenridge. That little town packs such a big punch.

Liz DiNatale
www.oakcityphotographync.com
Shared by Oak City Photography at 6:19 AM No comments: