About a year ago Chrissy and I had the pleasure of taking Adam and Marianne's maternity photography before they welcomed Baby B. You might remember this photo: 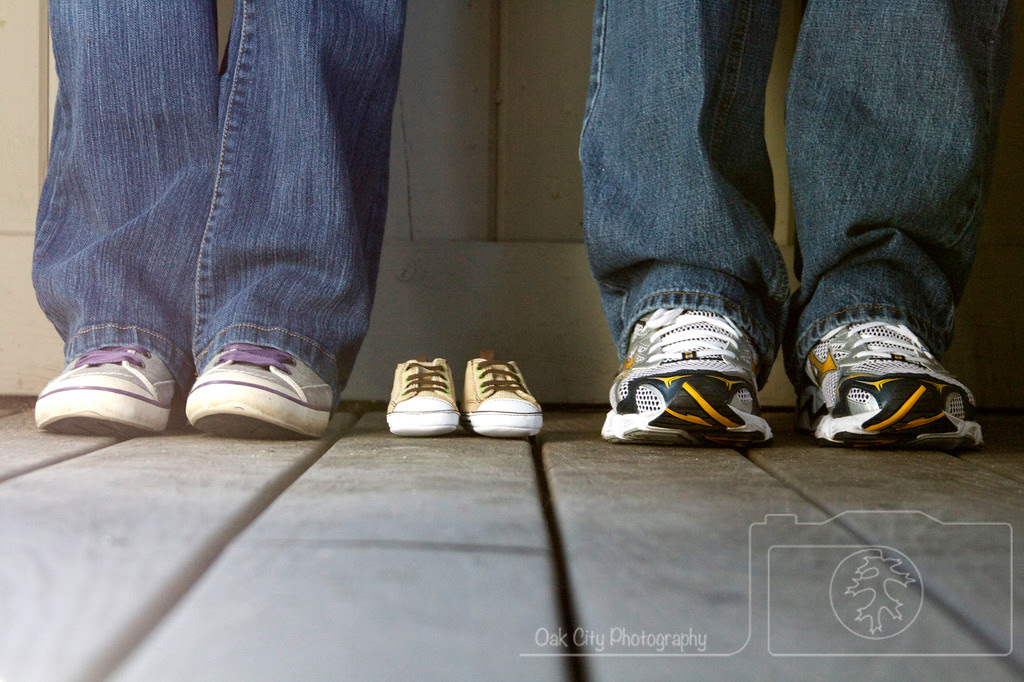 Well, Baby B (now Max) has been giggling his way into all our hearts for months now and thought it would be a great idea to get his parents and his grandparents together for a 3 generation photo shoot. We all agreed, how can you not agree with a baby, and took a stroll around the Court of the Carolina's on NC State campus.

Adam and Marianne have become great parents and I think Karla and Dick are naturals at the grandparents gig.

Max is surrounded by a lot of love.

And he gives it right back.

Sometimes with a head to the face...as happened shortly after this photo.

"Wasn't me, I've been sitting here, minding my own business, playing with Grandma's necklace the whole time..."

Wow look at those eyes.

He's such a cutie-pie. He has such a great disposition too. All giggles almost the entire time. Though he did take his camera time seriously. Maybe he'll be an actor...

"I'm ready for my close up"

Makes my heart all warm and melty.

We had a great time walking around the Court of the Carolina's with the Butlers. Thank you for allowing us the opportunity to capture your family's warmth and love!

Before I end this I'd like to share the "after" photo of the first photo in this entry. During this photo shoot I noticed that Adam and Marianne were wearing the same exact shoes that they had been wearing during their maternity session! Unfortunately, Max has long grown out of his itty bitty shoes. But anywho, it's still cute.

Thanks for reading! We're racking up the family portrait sessions so stay tuned for more smiles and giggles and general merriment.

Have a great weekend!

Shared by Oak City Photography at 5:37 AM